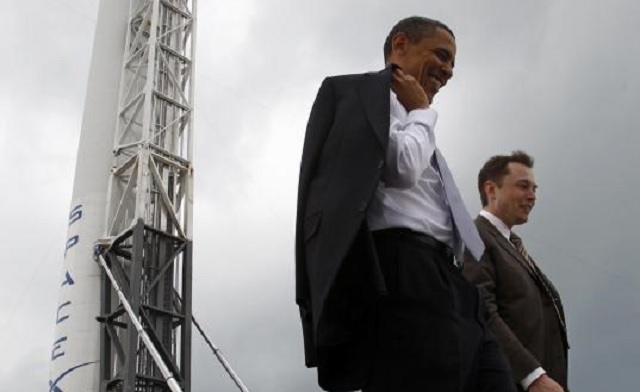 Next Generation Foreign Policy Network, the ANAJ-IHEDN team based in Washington DC is pleased to welcome you to our next conference on :

The exploration of outer space, long the domain of states alone, is now being fueled increasingly by the private sector. Rather than large corporations, these efforts are generally undertaken by individuals, millionaires who made their fortunes elsewhere.

This shift impacts the economic significance of space, while interstate geopolitical competition continues in parallel. To understand more about these fascinating issues, how they relate to our everyday life, and to unleash the inner geek in you, please join the Next Generation Foreign Policy Network for an exciting discussion with key leaders from all sectors of space exploration and exploitation.

Dr. Scott Pace is the Director of the Space Policy Institute and a Professor of Practice in International Affairs at George Washington University’s Elliott School of International Affairs. His research interests include civil, commercial, and national security space policy, and the management of technical innovation. From 2005-2008, he served as the Associate Administrator for Program Analysis and Evaluation at NASA. Dr. Pace received the NASA Outstanding Leadership Medal in 2008, the U.S. Department of State’s Group Superior Honor Award, GPS Interagency Team, in 2005, and the NASA Group Achievement Award, Columbia Accident Rapid Reaction Team, in 2004.

Clayton Mowry became the president of the Washington, D.C.-based Arianespace, Inc., in August 2001. As the head of the Arianespace’s U.S. subsidiary, he is responsible for managing the company’s sales, marketing, government relations and corporate communications. Prior to his current position he was the Executive Director of the Satellite Industry Association.

A.C. Charania has been Business Development Manager of Virgin Galactic since September 2012. As such, he heads up Virgin Galactic’s Washington, DC office. An engineer by training, he has spent his entire career working on innovative space transportation projects, often with an entrepreneurial approach.