Engaging the next generation of international leaders

Home Pôles Etudes Engaging the next generation of international leaders 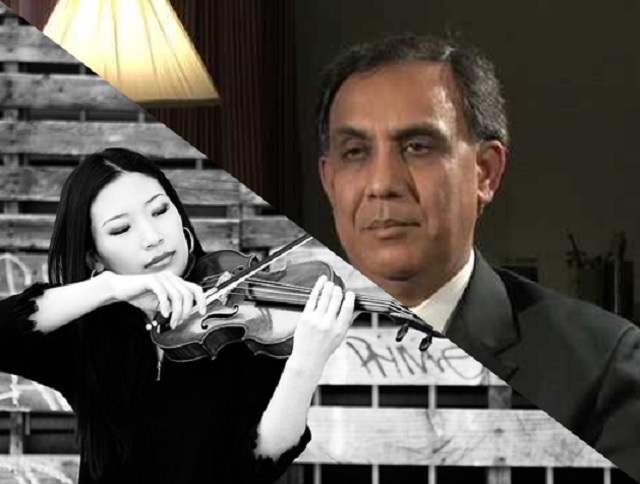 Engaging the next generation of international leaders

The Next Generation Foreign Policy Network, the US branch of the ANAJ-IHEDN, in tandem with Ivy League Advisor invite you to the Paul Claudel auditorium at the Embassy of France to spend a rich, musically-inspired evening with American and foreign young professionals from embassies, think tanks, the private sector and public sector in Washington, D.C.

To encourage greater interaction between American and international audiences in D.C., we aim to facilitate a microcosm of discourse between these groups.

Come hear remarks from a seasoned U.S. Ambassador on the importance of youth engagement followed by an exceptional musical performance by a professional violinist from the Kennedy Orchestra.

The event concludes with a cocktail reception. The event is FREE!

U.S. Ambassador Asif Chaudhry is a U.S. Senior Foreign Service Officer in the class of Career Minister. He has had held numerous senior positions in the Departments of State, Defense, and Agriculture, including in Embassies in Egypt and Russia. Ambassador Chaudhry is currently the Vice President and GSM of the Commodity Credit Corporation at the Foreign Agricultural Service, USDA. Ambassador Chaudhry recently completed a three-year assignment as the Foreign Policy Advisor to the Chief of United States Navy at the Pentagon. During this assignment, he was the principal architect of U.S. Navy’s global engagement to implement President Obama’s policy of rebalance to the Asia Pacific region. Prior to this, he was the U.S. Ambassador the Republic of Moldova from 2008-2011. He speaks Russian, Arabic, Polish, Urdu and Punjabi, and is received a Presidential Meritorious Service Award for conduct of U.S. Foreign Policy.

An active chamber musician and a soloist, Ms. Kim is frequently heard in recitals around the DC Metro area including at the Kennedy Center, the Alexandria Lyceum, the DC Public Library, the Arts Club of Washington DC, and the Embassies of Russia and Argentina. In 2010, Ms. Kim was invited to be guest concertmaster of the New England Symphonic Ensemble in a premiere performance of Oh My Son composed by Marcos Galvany in the Isaac Stern Auditorium of Carnegie Hall.

Educational and leadership strategy consulting firm based in Washington, D.C., specialized in helping clients find optimal trajectories to enhance their self-development and personal growth to achieve their future educational and career objectives. ILA develops the next generation of visionary and innovative leaders; leaders at all stages of their career, from the early stage high school student to the C-suite executive at a Fortune 500.