Film screening “Is social entrepreneurship, the future of capitalism ?” 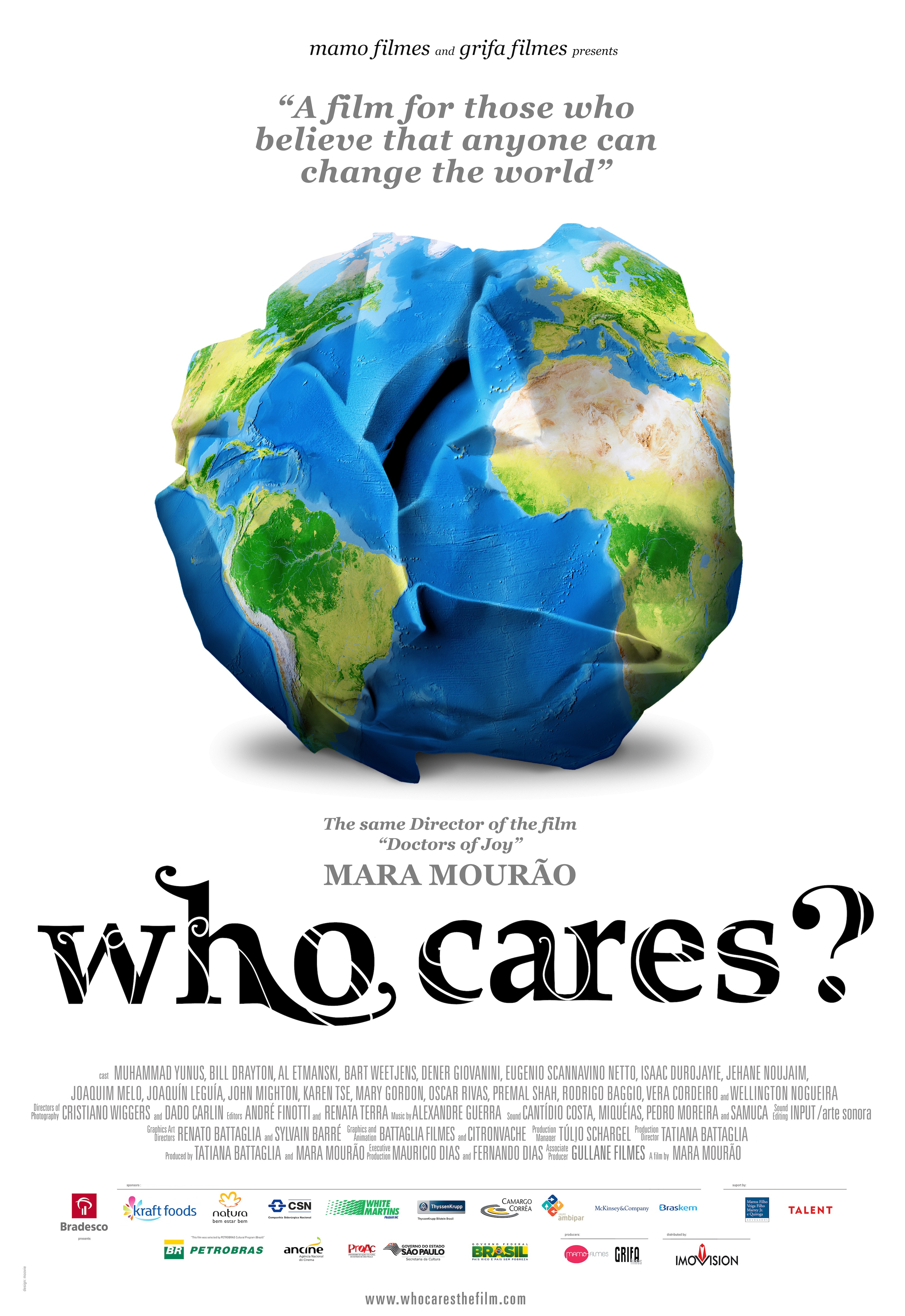 Film screening “Is social entrepreneurship, the future of capitalism ?”

Next Generation Foreign Policy Network, the ANAJ-IHEDN team based in Washington DC is pleased to welcome you to our next conference on :

Is social entrepreneurship, the future of capitalism ?

A film directed by
Mara Mourao

It doesn’t matter if you work in education, finance, human rights, health, environmental affairs, or another field altogether; it doesn’t matter if you work in the private, public or social sector. If you see problems as opportunities, you already have what it takes to be a changemaker, a social entrepreneur. To learn more about this fascinating path, which is as much a career as it is a vocation, as much about giving a sense of purpose to your life as it is about having a positive impact on society, the Next Generation Foreign Policy Network invites you to a very special screening of the popular feature documentary WHO CARES?

WHO CARES? is a 93-minute feature film shot in seven countries: USA, Canada, Brazil, Peru, Tanzania, Switzerland and Germany. The production crew shot in 20 locations in just 40 days, an incredible feat given the schedules of all the social entrepreneurs profiled. The movie also features animation with scenes recorded in three different languages (Portuguese, English and Spanish).

The film WHO CARES? carries a very empowering message for individuals: anyone can be a changemaker, regardless of leadership or marketable skills. It starts with having a vision for society while seeking accomplishment in one’s life through contributions to improving the lives of others.

“I believe social entrepreneurship is here to make capitalism go back to where it should be, a more humane capitalism, where the profit is not the final objective, but the profit is the result of social benefit. This new mentality, unlike the 80s that emphasized consumerism, has probably originated by necessity,” said Mara Mourao, the film’s director. “After all, this is the first time in the history of humanity that we all have a common enemy – the environmental issue, the resource depletion and our own survival as species, unites us.”

About the film director Mara Mourao

After graduating with a degree in Cinema from the prestigious FAAP in Brazil, Mara Mourao went on to undertake comprehensive film production workshop and video production workshop from New York University and New School University, respectively. Before producing feature films, Mara directed more than 200 TV commercials. Today, she has a repertoire of award-winning movies that has reached millions of viewers around the world on international channels on Discovery, Fox and TV Globo. Mara has also directed a 22-episode TV series that was broadcast on FOX TV and TV Record.