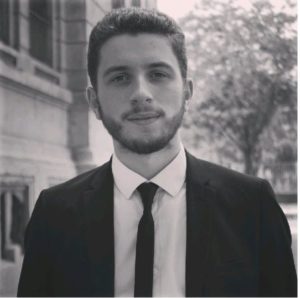 « ‘Impossible’ is not [in the] French [language] » (Napoléon Bonaparte)

Lithuania is a country that gained independence less than 30 years ago. It moved very quickly towards Western Europe by joining NATO and the European Union in 2004. Its size and wealth do not allow it to face its neighbours alone. Thus, it depends a lot on the help of NATO member countries. This does not mean that Lithuania hasn’t become a major player in cyber defence, having invested in this sector over the years.

The international delegation was founded at the end of 2019. It is therefore necessary to establish initial contacts with the various local actors in order to ensure sustainability and involve the delegation in the country. It is therefore necessary to open the dialogue with local organizations such as YATA, UN Youth or universities, but also with the Defense Mission of the embassy.

For me, Les Jeunes IHEDN is an association committed to raising awareness on the geopolitical and French defense issues on the territory, while promoting this knowledge abroad. This organization represents a way to get involved in an area that I am passionate about, but also to learn new things and to meet enriching people.