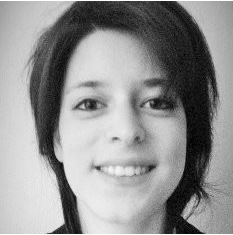 “Nothing great in the world was accomplished without passion.” (Friedrich Hegel)

The Grand Duchy of Luxembourg is at the heart of the European Union and the Greater Region (Wallonia, Saarland, Rhineland-Palatinate, Luxembourg, Grand East). Due to its location, its multilingualism and its interculturality, this country is the result of an intense cultural influence. The brand “Luxembourg – Let’s make it happen” demonstrates the country’s values: openness, dynamism, reliability. In addition, the short cycle of decisions at the political level allows for great flexibility.

Luxembourg has a Defence Directorate attached to the Luxembourg Ministry of Foreign Affairs.
The Luxembourg army consists of approximately 1000 military personnel. The military centre in Diekirch brings together the units and services of the Luxembourgish army. The Grand Duchy of Luxembourg has participated in various humanitarian aid, peacekeeping and security missions.  The equivalent of the French Defence White Paper for Luxembourg is the “Luxembourg Defence Guidelines 2025 and beyond” which set the framework for the evolution of defence and describe the political orientations for the coming years. Luxembourg has also published three components of a “National Cyber Security Strategy” which set the framework for procedures for managing a cyber attack, governance in the area of cyber security and the promotion of cyber security among companies. Luxembourg has a Cybersecurity Competence Center. Estonia has decided to open an “e-embassy” in Luxembourg to protect its data.
Luxembourg’s assets in security and defence matters are its national know-how in the field of public-private cooperation, as demonstrated by the launch of a government satellite, GovSat-14, in January 2018. Cross-border (Benelux, Germany, France) and international cooperation is also being strengthened. Several challenges exist for Luxembourg: innovation in cutting-edge sectors, new technologies through private-public collaboration (in particular with the University). Improving mobility and access to housing are major concerns for workers and residents. It should be noted that as of March 1, 2020, public transport will be free of charge. Concerning the army, the military medicine project would help to meet the needs in terms of crisis management.

Les Jeunes-IHEDN have been present in Luxembourg for a decade thanks to the association of auditors of the IHEDN Pôle Luxembourg, but it is only in November 2019 that they were structured as an “international delegation of the Jeunes-IHEDN Luxembourg”. Their aim is to federate a maximum number of young people around security and defence issues in order to support the French representations (Embassy, French high school, …). Our 1st afterwork took place on 18 December to discuss future actions. Many themes will be addressed such as cyber security, space and navy etc… The objective is to develop them in the form of practical cases in order to learn new knowledge in a “playful” and concrete way. One of Luxembourg’s strengths is the public-private partnership, so it is interesting to understand the projects set up at the national and international levels.

For me, being part of this association and being able to develop actions are a contribution to the general interest. If members and/or non-members federate around security and defence issues through our events, the result will be the accomplishment of a well-done job.