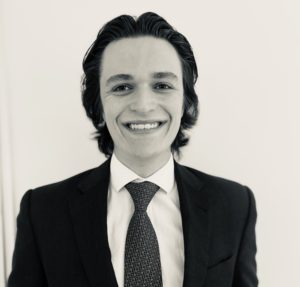 Geopolitically, Norway is an absolutely fascinating country. Located to the west of the Scandinavian peninsula, it has one of the longest coasts in the world, totaling more than 83,000 km; the southern tip of Norway being almost equidistant from the North Cape and Rome. In addition, the country is extremely rich in natural resources, fishing and hydroelectric power production already form a huge part of its economy, but it is oil which occupies a central place. Through the exploitation of offshore deposits in the North Sea, Norway has succeeded in reinvesting the revenues it has been able to acquire by having a sovereign sovereign who is now the most important in the world, totaling around 1.000 billion dollars (or NOK 10,000 billion).

However, the country is gradually moving its economy away from oil exploitation, not only with a view to the disappearance of reserves, but also with a view to establishing a more environmentally-friendly dynamic. In this
area, the refusal to exploit oil deposits in the Lofoten Islands in order to preserve the local flora and fauna have been a great national debate, supported the new dynamics taking place. In addition, as the sole owner of the ribs
arctic Scandinavian and Svalbard, Norway is directly concerned by the challenges of the Far North and the gradual opening of trade routes around the polar coasts.

Despite this, the Norwegian population is only 5 million and is therefore extremely dependent on NATO of which it is a part. Norway is also one of the few countries in this alliance to maintain a minimum compulsory conscription for
all of its young citizens and citizens, which it uses in particular to guard its border with Russia, seen as the only real threat to its security. Finally, despite its membership in NATO, Norway maintains a slightly ambiguous relationship with the European Union, being part of the Schengen area but not being in the Euro zone or in the EU.

Les Jeunes de l’IHEDN in Norway is a real community of members, students and young professionals, who meet to discuss defense, security and international relations issues during debates or to attend conferences of specialists on various and varied themes, without forgetting the meetings with the representatives of the French authorities in Norway.

A group of young passionate people arising in the subjects we are working on and a real desire to move forward to enrich our knowledge and open up to the challenges of the world today and at hand..