VISIT OF THE AUSTRALIAN EMBASSY IN PARIS : A REPORT

Home 4_Comités Asie VISIT OF THE AUSTRALIAN EMBASSY IN PARIS : A REPORT 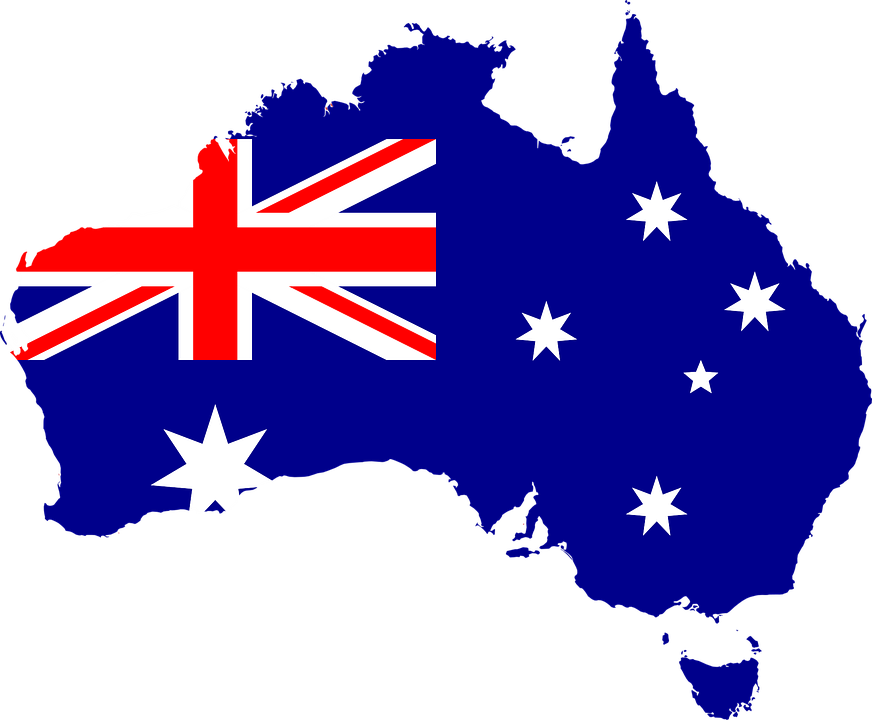 VISIT OF THE AUSTRALIAN EMBASSY IN PARIS : A REPORT

After a warm welcome by Commander Simon Patching, Deputy Defence Attaché, and Amelia Kershaw, Policy Research Officer at the Defence Office of the Australian Embassy in Paris on November, 22nd, the Asia-Oceania study group of Les Jeunes de l’IHEDN began its tour of the premises with the ” Jarracharra : Dry season winds ” exhibition. It showcases textile art created by a group of Aboriginal women working at the Bábbarra Women’s Centre, located in the Maningrida region in Western Arnhem Land, Australia: a powerful and colourful celebration of the land’s cultural and artistic diversity. This was the harbinger of a fruitful discussion revolving around the many levels of the French-Australian partnership.

Australia’s relationship with France: initial perception, current assessment and the place held by the Indopacific notion

Australia’s relationship with France is an enhanced strategic partnership. At the heart of this partnership is a partnership between Naval Group and the Royal Australian Navy regarding the design construction of the Attack Class submarine as part of the Australian Future Submarine program. This true partnership is more than just an opportunity to exchange savoir-faire. It will involve technology transfer to ensure Australia can build and maintain the submarine force into the future. The Attack Class submarines, while based on French savoir-faire developed building the Barracuda will be a new generation of submarine. France does bring a know-how, but so does Australia: this peer-educated partnership is a key element in the production of next-generation submarines.

France represents Australia’s strongest bilateral relationship on continental Europe: this accounts for the current level of engagement between the two countries. They share common values such as the promotion of multilateralism and support for the rules-based global order. Respecting the laws of the sea is a cornerstone to keep the world more stable. Both nations agree the global norms and rules for Freedom of Navigation must be protected.

When it comes to regional partners, Australia’s longest border is shared with New Caledonia: 98 % of France’s Exclusive Economic Zone (EEZ) is located in the Indian and Pacific Oceans. France has made it quite clear that the centre of gravity of international events has shifted from the Atlantic to the Pacific. The 2016 selection of France as the design and construction partner for the Future Submarine has been game-changing in the sense that it boosted and broadened bilateral cooperation. The Future Submarine Program (FSP) has served to act as a catalyst, hence the reinforced proximity and the possibility of finding common ground with each other on the Indopacific issues. Nations respond to a changing environment: we are currently witnessing the rise of State powers, happening in a world of fast change and globalisation.

Global picture and milestones of the France-Australia relationship

Australia is a young country. In 1914, just 13 years after it became independent, Australia joined the United Kingdom to support the First World War effort. This is the first example of cooperation with France. 300 000 Australians served in France and Belgium at that time, representing nearly 10% of the population. 46 000 Australians died in combat, and 132 000 were wounded: given that the country had a population of fewer than five million, the rate of casualties per capita was significant.

Since 2009, the Australia-France Defence Cooperation Agreement has provided a legal framework to an existing military cooperation in the Pacific region, while potentially expanding its scope to science and technology. In April 2016, Australia announced France as the chosen partner to design and build the next generation of submarines. The cost amounting to 50$ billion (44€ billion) turned it into a high-profile contract. In December 2016, Australia and France reached an intergovernmental agreement (IGA) concerning cooperation on the Future Submarine Program (FSP): the groundwork that will support Australia’s FSP is consequently formally set up via the General Security Agreement (GSA) which supports inter-governmental information-sharing.

2016 is also known as the first year that Ministers of Defence of both countries agreed for bilateral interministerial dialogue. The enhanced strategic partnership between France and Australia was signed in March 2017. In May 2018, President Emmanuel Macron and President Malcolm Turnbull signed a vision statement in Sydney: “Australia and France stand together today as staunch partners embracing the future. Our close-knit bond, forged on the battlefields of World War One, is stronger than ever as we embrace new opportunities and tackle global challenges. Our two countries have much in common. We are vibrant and open democracies, resolutely committed to maintaining the multilateral rules-based order and promoting human rights and free, transparent and rules-based trade.”[1]

The Future Submarine Program plays the role of a springboard leading the way towards a general partnership in other areas: the articles of the agreement mention cooperation in the fields of: Indo-Pacific, Antarctic and Southern Ocean, security and intelligence, cyber, science, technology, innovation, higher education, space, environmental issues and fight against climate change… The affinity between the two nations sets the ground for a long-lasting partnership when it comes to the challenges we are facing now and into the future.

Apart from the Australian Future Submarine Program, other industrial cooperation projects between France and Australia are ongoing: Airbus Helicopters has shared platforms with a resident project team in Marignane working on the Australian ARH Tiger fleet and MRH90s –two shared helicopter types. In August 2019, the third and final Dassault Falcon 7X aircraft was introduced to the Royal Australian Air Force’s special aircraft fleet.

The inaugural Australia-France defence industry symposium took place in 2018 in Adelaide, reinforcing defence industry ties between both countries. The ambition to develop a partnership not just on a governmental level but also on business and industry levels is manifest. The goal is to create opportunities to partner by injecting more momentum in what are already strong business and industry ties. France and Australia are two nations with a long history of working together, with a strong impetus given to these interactions in the last decade. And this is only the beginning: our children’s children will be working on these projects we are currently talking about. People who are going to be operating the Attack Class submarine are not yet born. We are thinking of projects ahead of our time by providing capabilities for a generation that will evolve in a world whose surrounding technology will be fundamentally different from what we know today.

France and Australia are confronted by a rapidly evolving world.  The global order is facing some new challenges along with a resurgent state based power competition.  Global norms and rules which have contributed to decades of unprecedented prosperity are being challenged and degraded. Terrorism continues to affect us all.  France and Australia are committed to intelligence sharing to help combat global terror networks.  The cyber domain presents a likely area of deeper collaboration.

In order to take the pulse between two nations, you may take a look at their intelligence relationship. In the case of France and Australia, this bond is robust and stable. Both countries have been confronted with the phenomenon of radicalism with some nationals electing to join Daesh and fighters coming back to their former land. They share their judicial methods and points of view on how to overcome this quandary.

Cyber is a matter of growing concern for both Australia and France: their interactions on the matter are undergoing an overhaul with agreement to pursue deeper collaboration into the future. As democracies, the two partners wish the Internet to remain open. Other common grounds are the fight against human trafficking, drugs and weapons smuggling. In the Indian Ocean, a cooperation on these serious problems is hatching: legal means of control for these illegal activities are being thoroughly examined.

France and Australia share an expeditionary force mindset when it comes to the employment of the military.  France and Australia both contributed aircraft to support counter-terrorism in the skies over Iraq and Syria. The vast majority of events occurring in the Pacific region are located on the Eastern side. In an address given during the Shangri‑La dialogue in July 2019, French Defence Minister Florence Parly underlined several priorities in the region, most notably the protection of sovereign interests in France’s exclusive economic zone, the contribution to regional stability through military and security cooperation with Australia as a partner of choice, the preservation with partners of free and open access to maritime lines of communication[2]. The same year, maritime exercise La Pérouse saw the French Charles de Gaulle Carrier Task Group exercise with Royal Australian Navy units, the submarine HMAS Collins and the helicopter frigate HMAS Toowoomba among other contributing nations in the Bay of Bengal. Royal Australian Navy’s Fleet Commander, Rear Admiral Jonathan Mead contends that Australia’s participation in supporting the Charles de Gaulle Carrier Task Group emphasizes the esteemed working partnership between Australia and France: “The inclusion of an Australian frigate and submarine with a French Carrier Task Group provides a positive example of the cooperative relationship our Navies enjoy. […] This activity demonstrates Navy’s capability in operating with our regional partners, highlighting the importance of interoperability in promoting stability and security.”[3]

This type of cooperation is highlighted by frequent cooperation between New Caledonia (forces armées de Nouvelle-Calédonie, FANC) and French Polynesia (forces armées de Polynésie française, FAPF) with the Australian Defence Force (ADF). The Pacific is susceptible to a range of natural hazards including cyclones, tsunami, earthquakes, floods and volcanic activity.  The FRANZ Arrangement between France, Australia and New Zealand commits the three countries to coordinate disaster reconnaissance and relief assistance, especially when an event is too significant for a country to grapple with it. Another hefty partner in the region are the United States of America: President Barack Obama granted an unprecedented focus on the region in 2012 by invoking the now famous “Pivot to the pacific”. It epitomizes a paradigm shift in the juggernaut’s foreign policy.

A joint effort between both countries’ Ground, Air and Naval forces is fostered. Indeed, the French Air Force participated in the “Pitch Black” exercise that takes place every two years. Three Rafale airplanes deployed to Darwin, Northern Australia, alongside aircrafts from New Caledonia and Australia. Apart from their fruitful collaboration in security, intelligence and operations, other domains exist for Australia and France to deepen collaboration.  The Air and Space domain being one such area of potential partnership. The land down under is greatly investing in the creation of a Space Agency.  Last but not least, as multinational institutions are undergoing a steadfast evolution, more and more discussions are arising in order to assess new ways in which France and Australia can efficiently collaborate within a multilateral system while sharing the political, diplomatic and military stage.

The cornerstone of Australia’s Indo-Pacific strategy is the Pacific step-up: this government initiative consists in developing engagement and cooperation in order to support partners and neighbouring countries. The objective is to ensure stability and prosperity in the region, not only in the defence and security areas. There is an urge to efficiently respond to multiple kinds of threats: maintaining stability requires respecting borders and economic zones. The sovereignty of neighbouring countries must be protected. The Indopacific notion holds a big place in Australia’s strategy: it needs to be a good partner for the region’s countries.  France is looking more to the region with the International Relations Office (DGRIS) releasing an Indo-Pacific Strategy. Australia and France have a lot in common as far as their presence in the Indopacific is concerned. Australia and France share a common approach supportive of regional neighbours. The way forward is being established right now as foreign policies are drafted.

[1] Vision Statement on the Australia-France Relationship by the Honourable Malcolm Turnbull, Prime Minister of the Commonwealth of Australia and His Excellency Emmanuel Macron, President of the French Republic, https://dfat.gov.au/geo/france/Pages/vision-statement-on-the-australia-france-relationship.aspx

[3] “First Maritime Exercise, conducted by Australian, French, Japanese and US ships in the Indian Ocean”, issued by Ministerial and Executive Coordination and Communication, Department of Defense, Canberra, ACT, 17 May 2019, https://news.defence.gov.au/media/media-releases/first-maritime-exercise-conducted-australian-french-japanese-and-us-ships